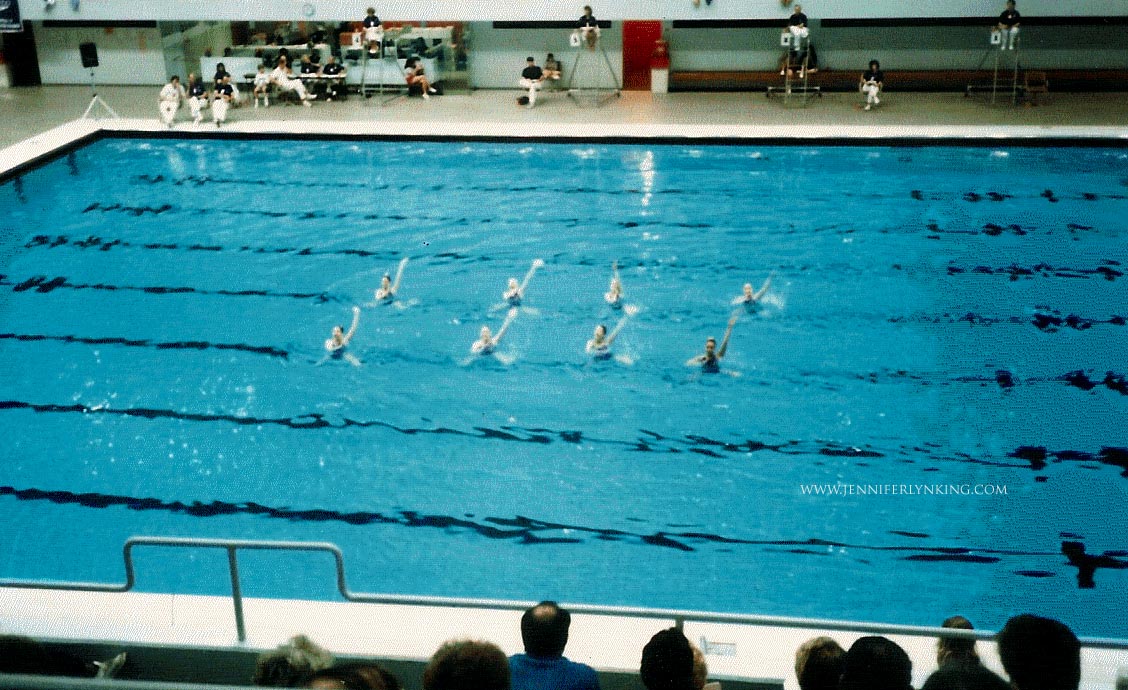 “Excellence is an art won by training and habituation. We do not act rightly because we have virtue or excellence, but we rather have those because we have acted rightly. We are what we repeatedly do. Excellence, then, is not an act but a habit.” -Aristotle

I’ve written about my own experience with Olympic Trials many years ago, here and here. It was an experience and time of life I’ll never forget.

The Excellence the Olympics Inspire

Now, I have 3 teenage athletes in my house, competing toward their personal goals and the goals of their teams. I see the importance of athletics more clearly. Athletics enable us to work toward something larger, toward personal excellence. Athletics teach discipline, and train the athlete to work with purpose. The challenge gives us passion. And working as a team toward a common goal teaches unity and connectivity. Sports help athletes around the world to excel, both for the short term and in the long term, in their lives. The Olympics inspire excellence.

Even now, nightly, I feel inspired by the stories unfolding on television, by the effort and the victories, by the belief and confidence, by the dreams.

Sports around the World

Four years ago for the summer Olympics, my boys and I watched the games on Czech National television. Their coverage differs greatly from what we see in the United States. Our viewing in Europe consisted of rowing, weight lifting, fencing. We missed the events we enjoy nightly now here in the US — swimming, gymnastics, basketball, and soon, track and field.

Until this week, I didn’t realize the vast difference between the two viewing experiences. The hype and thrill of watching the big events, the excitement, is something we talk about at work, with friends, and look forward to watching nightly with family.

After swimming, I’m looking forward to watching Track and Field, and to hopefully seeing some synchronized swimming. What events are you enjoying? Which events are your favorites? Please share in the comments, and Go team USA!

“Excellence is an art won by training and habituation. We do not act rightly because we have virtue or excellence, but we rather have those because we have acted rightly. We are what we repeatedly do. Excellence, then, is not an act but a habit.” -Aristotle

About ten days ago, I did something I’ve never done before–nor ever thought I’d do in my lifetime. With broom in hand, I slipped rubber soles over my shoes and carefully walked out onto the ice, all the while wondering if in my next step I’d fall. Over the next few hours, with a huge group of friends, I learned the basics of the sport of curling.

If you’ve watched any of the Olympics, you may have seen the players with the massive granite stones, the slippery sliding piece under one foot, and the precarious way they have to glide out and cast their stone toward the target at the other end of the ice. Others on the team sweep the ice in front of the stone as it glides toward the target. I’ve heard analogies that curling is like chess on ice, though after trying curling, I know the strategies must come after billions of hours of practice. Curling is hard!

The whole time we played, only a few of us actually had a stone land in the target. But the atmosphere in the arena was fun, filled with whoops and hollers and laughter — and, I think, all of us went home with bruises from losing our balance while pushing the 40 lb granite stone. It was a hilarious comedy of trying, wobbling, and errors.

It’s truth: I love the Olympics and all the sports represented there. I had my own experience with the Olympic Trials when I was 15, and it changed me.

Athletics do that. What I love most is seeing the living representation of Dedication, Perseverance, and Hard Work. There is nothing more difficult than getting up and striving for excellence every single day for years. Excellence is a habit learned through endeavors like athletics at an early age, and continues to grow and apply as we age.

This year, I especially appreciate the curlers. 🙂

Years ago, I held tiny babies in my arms — each one simply adorable, each one a boy. They were a handful, all three of my sons, early walking and running, and full of life and energy. My husband and I knew that one day we’d be very busy, if they happened to want to pursue athletics. This year, we have reached that very busy point, with all three playing basketball for their schools.

It has been one of the most interesting things, seeing our boys each go through the intense training and coaching involved with playing sports at their level, and nothing could thrill me more. For they’re all learning the discipline of hard work, of working with a team, of following their coach, and of playing their very best day in and day out.

We’ve had countless dinnertime conversations over the difficult aspects, of missing shots repeatedly in a tough game and the need to believe in themselves for the next shot, that hopefully will go in. Excellence is a habit learned over time. It is something I can see will apply to their whole lives to come. I feel speechless with gratitude for the opportunities they’re getting to learn now.

“Leaders aren’t born, they are made. And they are made just like anything else, through hard work. And that’s the price we’ll have to pay to achieve that goal, or any goal.”  -Vince Lombardi

This afternoon, I’ll be cheering on my 7th grade son as his team, led by his stellar coach, competes for the conference championship title. The whole time, as with now, I’ll be remembering with thankfulness the lessons he is learning.

Athletics help us to become, to grow more toward excellence. Through hard work and perseverance and the crucible moments of competition, we learn who we are and become more of the person who we are meant to be. 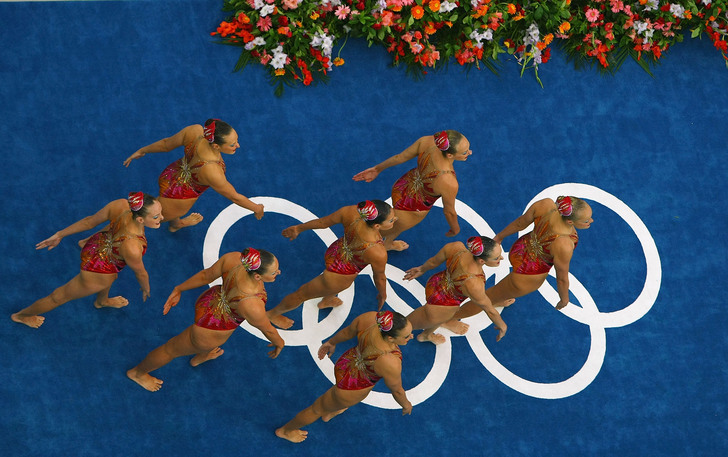 “Only one person and one person only will determine how good of a runner you become … You will become as good as you let yourself be. That one person is you.” – a Coach

In 1988 and the years leading up to it, I had the privilege of training with a great synchronized swimming team for the Olympics. For years, we spent hours and hours each week, nose-clips on, heads down underwater, practicing and swimming and working hard, with competition as our goal. That year’s Olympics in Seoul became the premier for the sport of synchronized swimming, and our team qualified to compete in the Olympic Trials in Indianapolis in early summer. I was the youngest on the team, just fifteen years old.

I remember the competition, standing nearly paralyzed with fear in front of judges, rivals, and the crowds. And I remember vividly the feeling of wanting to give in– to walk away before even competing– because of the tremendous pressure.

Every time the Olympics come around, the flood of memories comes rushing back. I love watching for the looks on the athletes’ faces, observing how they handle the pressure. For after all the years of training, the hard work is put to the test in the moment of competition for all the world to see. I cringe when the skier makes a mistake, a momentary glitch in concentration when the athlete perceives the pressure and caves.

Isn’t it in all of life that our ability to maintain a vision is tested, our skills for hanging on through the most difficult moments are challenged, and we are forced to see if our training can help us to pull through and finish strong? Whether it’s running a race, or writing a novel, or working toward any concrete goal, we must learn to push through the moments of doubt when we just simply want to give up. Finishing well isn’t easy.

That year, at Olympic Trials with my team, we stood before the scoreboard and were thrilled to earn 13th place– a big deal for a young team. I think we all learned so much. There will always be factors to prevent us from achieving a great goal. But to achieve excellence, we must learn to push through the doubt, exert the extra energy needed to overcome anything ready to derail our success, and push through to finish strong. In all areas of life, we have to allow ourselves to become our very best.

Starting the Conversation: When have you worked hard toward a goal and worked even harder not to give up? What is one goal you would like to achieve?