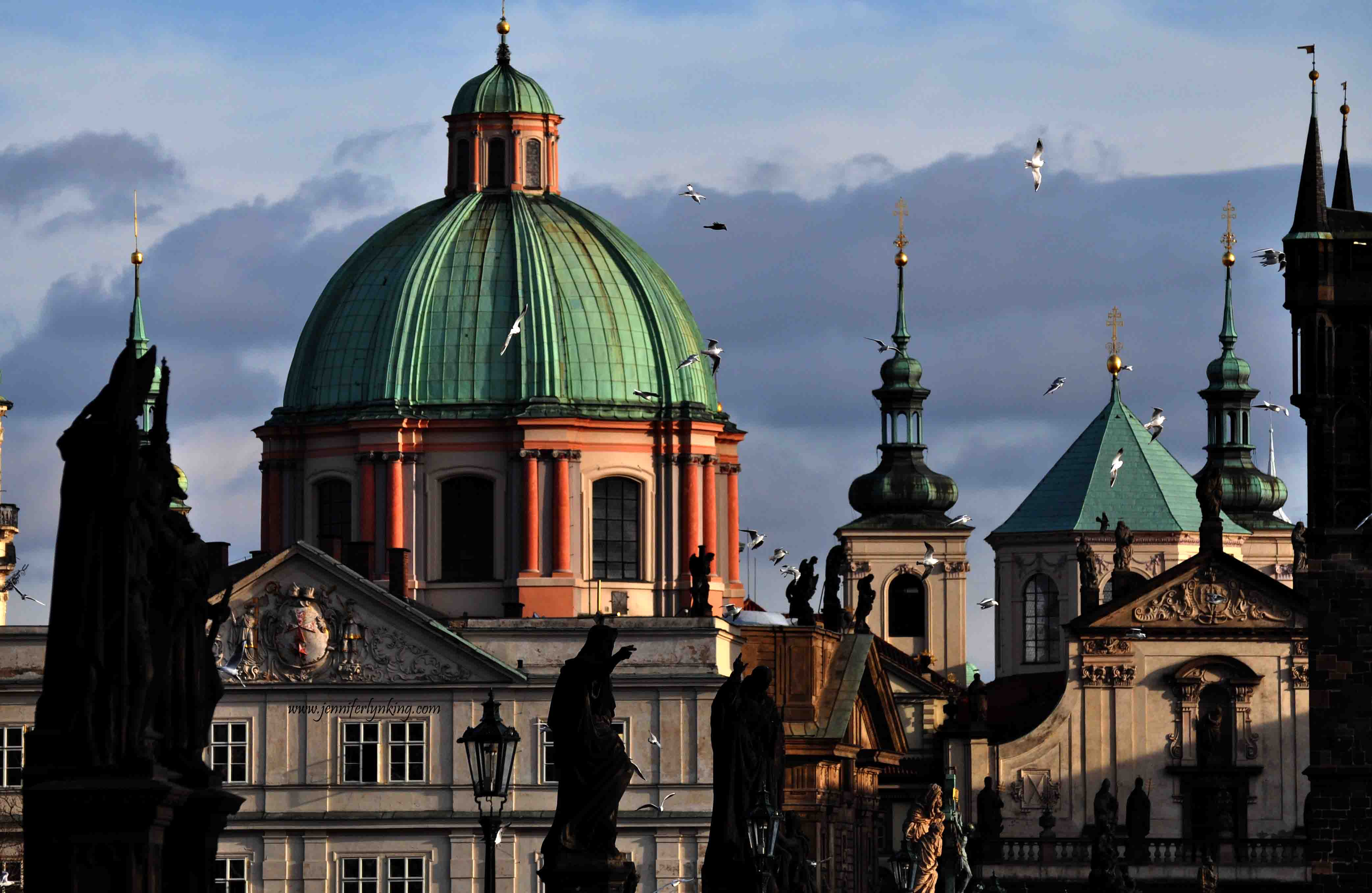 “Life might be difficult for a while, but I would tough it out because living in a foreign country is one of those things that everyone should try at least once. My understanding was that it completed a person, sanding down the rough provincial edges and transforming you into a citizen of the world.” -David Sedaris, on the expat experience

Three months ago, my life changed drastically. After packing 5 suitcases to last 2 months, I boarded an airplane with the 4 men in my family, and said Na Shledenou, Goodbye to the country we’d called home since summer of 2009. That country was Czech Republic.

I loved living as an expat. The expat experience was tough, but so rewarding. I loved getting to know Prague.

Where is Czech Republic?

It’s most often thought of as Czechoslovakia (it separated from Slovakia in 1993), was occupied by the Germans in WWII, taken over by the Soviets after the war, and became free from the USSR and communism after the Berlin Wall fell in 1989. Czech is surrounded by Germany, Poland, Slovakia, and Austria, in Central / Eastern Europe.

Czech Republic is ripe with history, horrific like at the Nazi concentration camp of Terezin, yet filled with castles and natural beauty like Cesky Krumlov, Nelahozeves, and the Prague Castle. The Old Town of Prague feels like old world Europe. Almost every detail is authentic. Prague is the only major European capitol to be unscathed by wartime bombs. I believe Prague is the most beautiful city in the world.

One of my favorite parts of the expat experience was getting to become close friends with people from all over the world. Another was the opportunity to travel, widely. I toted my camera everywhere, and photographed everything.

But the best part about the expat experience was that I learned many things about myself and the world around me, every single day of those 4 years.

5 Things I Learned from Living as an Expat:

I learned Czech, enough to communicate about important things, like getting to stay in the hospital room with my youngest son after he had emergency surgery on his arm. (Czech hospitals don’t allow parents to stay overnight with their child.) In all truth, my language skills also got me into some really crazy predicaments (the language is a bear).

I learned to get by with a dorm-sized refrigerator, a cup-sized sink, and a mini-washing machine for our family of 5, and live with screenless windows and no ventilation or air conditioning (which meant several nights waking up with massive insects climbing my arms).

Whether it’s at the village post office, the food market, a gas station, or a restaurant, a step off the tourist track is a step back in time. To be very honest, people are not friendly in Czech Republic. I had my bread thrown on the floor as I paid for it, left service counters on the verge of tears, and was charged for things I didn’t want to buy, often, but was helpless to stop. Out of necessity, I grew thick skin.

For more than a month, a handful of men in long black coats and dark BMWs with tinted windows took up a 24 hours a day, 7 days a week stake out on our tiny street. We lived through numerous other instances of false police seeking papers, and strange attempts at entry into our cars and house, etc. We were, as Americans often say, “sitting ducks.” I discovered what fear tastes like, and I learned that safety and security are not something to be taken for granted.

But the number 1 thing I learned as an expat:

1. I’m tougher than I thought.

I had lived for a few months in Tokyo when I was sixteen, when I modeled with Elite. It, too, was a time of self-discovery and growth, one that matured me in ways that life in the US would not have done. But living for many years in former-communist Eastern Europe changed me.

I believe I’m a more complete me, more filled with gratitude for the small things (which are really the big things): kindness, a smile, friendship, the togetherness of family, a great glass of wine shared with friends, the value in travel and adventure, and the immense blessing and beauty in each day we’re given.

6 thoughts on “The Expat Experience: 5 Things I Learned from 4 Years in Prague”