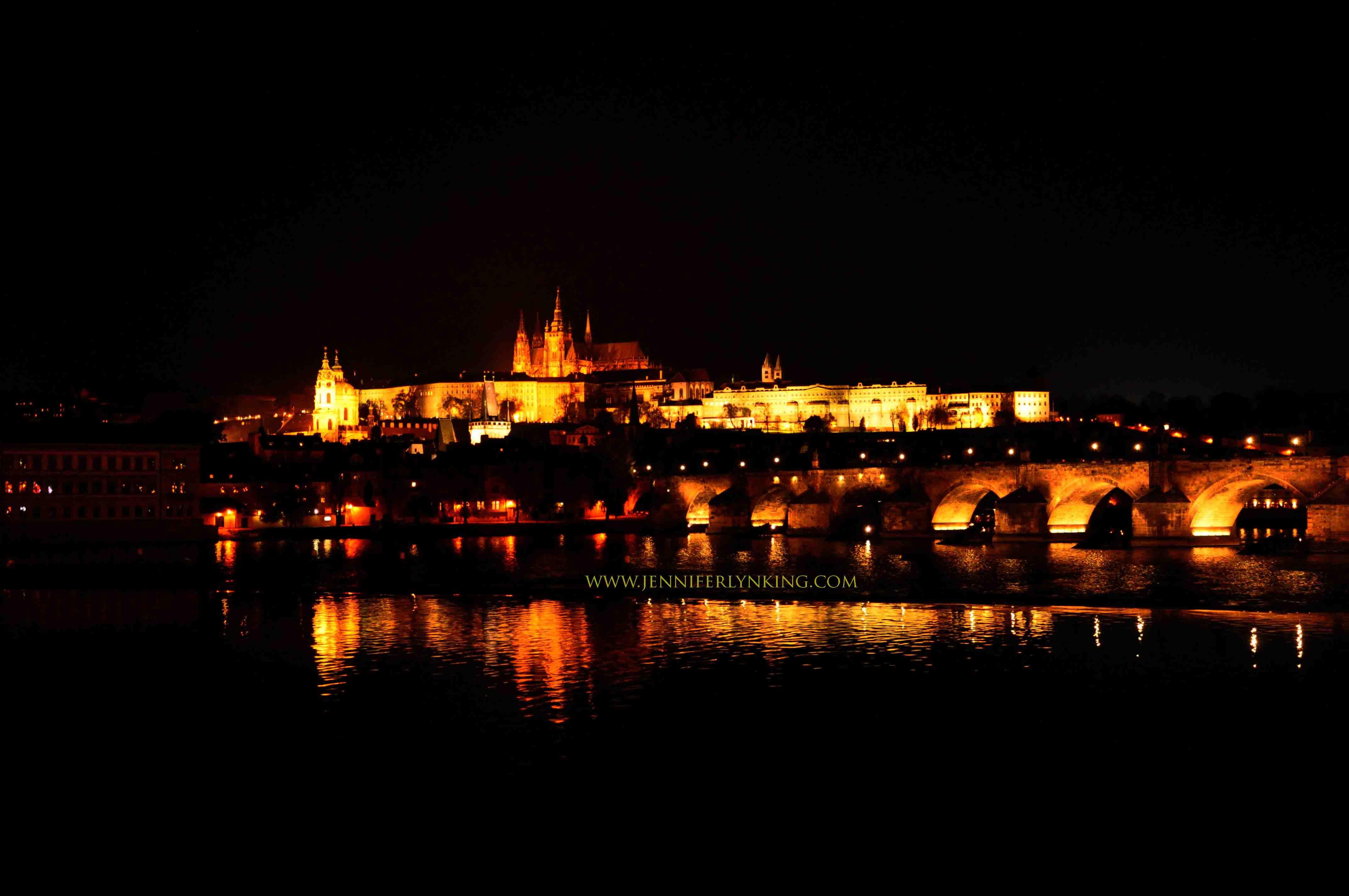 “History teaches everything including the future.” -Lamartine

When I stand in Prague along the Vltava River and see this view, I can hardly imagine the hundreds of years of stories and history tucked into the walls and crevices of the buildings:

There is so much to see, feel, and experience just by standing in one small spot in a historic city like Prague.

What do you think about when you experience something so much bigger than you and your time?

2 thoughts on “Reflections of Prague Castle at Night”