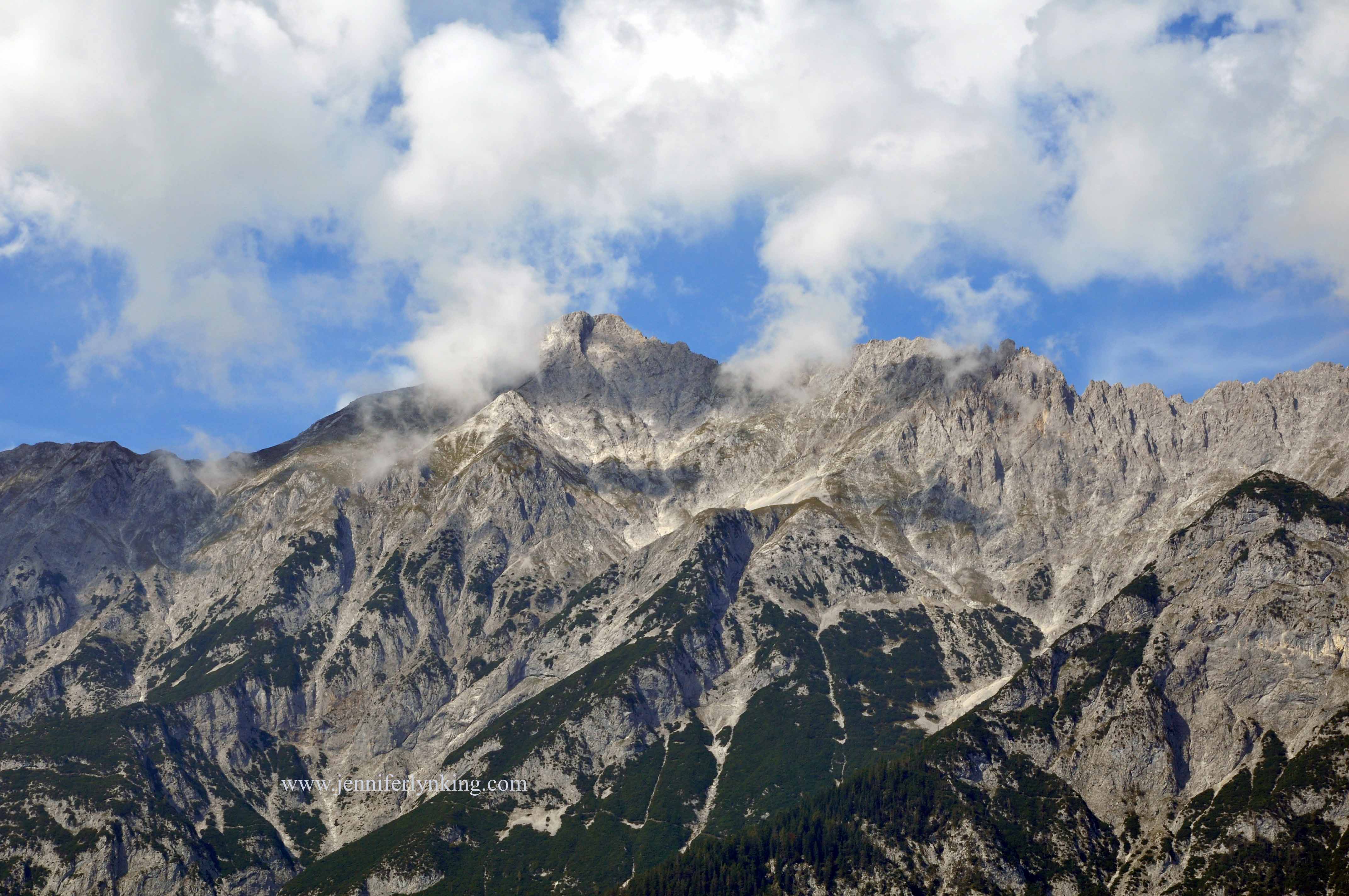 I have to admit, I’m still pinching myself. I guess I’m trying to ensure that this is real—this living in Prague, and traveling Europe with the whole family. I find it amazing to be able to hop in the car, drive through a few countries, and a handful of hours later be standing in the heart of the Alps. Wow! And as we cross borders, to change languages and currencies like we would slip into different pair of shoes … WOW!
Though we’ve taken quite a few trips in the past couple of months, hiking the Alps has always been one of my dreams. This trip tops the rest so far.

Our destination was Patsch, Austria, which is nestled in the base of the mountains south of Innsbruck. From Patch, we took the PatscherKofel cable car up to an Alpine Hutt, where we stayed. The views were beyond spectacular, the hiking was incredible, and the Hutt experience was rustic and unforgettable.

The particular cable car from Patsch was the lift for the Olympic winter events in 1964 and 1976, and still leads straight to the Olympic ski runs. And since the mountains in the Alps are connected by an impressive network of trails and huts, even before snow flies backpackers stopping for bier and schnitzel make for a lively crowd around the huts.

On our first afternoon on the trail, my husband Brian just so happened to help a couple in their seventies with a wheelbarrow full of firewood. Brian pushed the wheelbarrow for them along the steep and narrow trail, not really knowing where they were going… but soon, they invited us into their own Alpine house to share schnapps and stories in Deutsch. And they gave me Edelweiss from their single blooming plant alongside their house. As we left, hearts full, a rainbow appeared—another wow!

But for me, the most memorable experience was climbing behind our three boys, ages seven, eight, and ten, to the highest point on the mountain. With Innsbruck stretched out fifteen-hundred meters below us and a 360º view of the Austrian Alps, we were above the tree line and on top of the world. Not sure it gets any better than that …

I can’t wait to venture back to the Alps again, but I know I’ll forever treasure that first experience filled with Edelweiss and rainbows, with big smiles and pine tree walking sticks, hiking in the clouds and marveling at the amazing handiwork of our Creator.

3 thoughts on “The Austrian Alps, Up Close and in Living Color”